This is a story that might not tell you anything new, but will probably shatter the most common belief people have, that immigrants living abroad in this case Macedonians in Slovenia, help and support each other on the basis on their nationality and community. My story, or my stories tell the opposite. And this is just the beginning.

Around several years ago I was collaborating for two months with a translation agency, not exactly by doing only translations, but some administrative work as well. In this story names have been changed, but everything else is sadly real.

I met Vladan through a friend from Germany who set me up a meeting with him, saying that he had a translation agency working with language combinations I translated. He was as well coming from Macedonia, and was of a mixed origin, and throughout the years he managed to create a translation agency covering mostly Balkan languages with the focus on Macedonian. I am telling you this trivia, because I hoped he might see himself in my struggle, he might remember how he felt 10 years ago when he came to Slovenia.

A German to introduce me to a Macedonian person in Slovenia, what an irony, I thought. Maybe the irony lied in the fact that she was treated much better than me and got her fee of 1600 Euros, whereas I had the problem to get my fee of around 200 Euros.

At that time, I didn’t have many options and I would have taken up any job that I could find. After the two-week selection process consisting of several interviews or meetings, always waiting for him for almost two hours because he was always late, a homework for which I needed to answer a 400-question test I was familiar with (I’ve seen that test before, it was the test scientologists used and put in our mailbox when I lived in Macedonia), etc., I finally started working on the project. By all of this, as he said, he tried to estimate my profile and to see for what kind of work I am the best at, to see where my problems lie. What a noble thing to do! After “a careful estimation of my mental state” I got the following diagnosis: “You are too emotional, you mix emotions with business and you are at the bottom of the pyramid”. What pyramid, I wondered. “You don’t respect people and their time, and you don’t seem to have any empathy at all”, was my estimation of him, but only in my head, of course.

Angry employees against the precarious worker

Anyway, I started working everyday in the afternoon, when everyone had already left, weekends included, and I was doing administrative work, data entry etc. At that time, I thought that was perfect because there was no one left at the office, because people there, the project manager and probably other precarious workers were very rude to me. The payment was poor but there was nothing better I could find. One day he was not answering the phone and I was left in the office and couldn’t leave because he never gave me any keys. After two hours of calling him he finally answered and he said that he had to take his son to the doctors. That was something I could understand, and I didn’t object to it. He didn’t come as he promised but I was so happy when he came that I couldn’t say anything about the waiting. I had to take the bus home, but he offered to give me a ride home. While we were driving he complemented me on my patience waiting for him. I was glad I passed another test. However, he didn’t leave me home, but somewhere in the middle of the road. “Would this be ok? I can’t turn that way it will take me a lot of time and will prolong my trip.”

One day after ten hours of work

“You can’t eat now, you have to work and also there’s nothing nearby where you can get any food”, said the boss, Vladan, who some time ago had got a big bowl of salad, and a lunch which his wife brought him from home because they lived nearby. I was starving and exhausted, I didn’t have any food with me because I didn’t know how long I was going to stay in the agency that day, nor what kind of job I had to do. I was left starving, and when he finally let me to get some food, when I got back the door was locked and he and his employee didn’t pick up the phone for some time. “We didn’t hear it”, he said. I suppose this was supposed to teach me a lesson.  After they finally let me in, he said there was no need to work anymore, that I had done enough. So, there I was starting work from 9 and I got home around 9 p.m. as well.

Of the 6 employees he claimed to have been fully employed in his agency, I met the project manager who was almost always in the agency until 5 pm and sometimes more, whereas the others were freelancers and obviously students. I met maybe 5 different students in the course of two months who were working at the reception desk, and almost every few days there was a new student. “It’s always good that there is a flow of new people, new energies”, was his response to my remark that it might not be good for the business to change freelancers and students every 5 days. The employees obstructed my work whenever they could, and made it impossible for me to be there.

This was another issue I believe many precarious workers always fight with. Because the main goal of the “bosses” is that you would be paid way less or not at all, the easiest way to do this is to make you unprofessional, and insult you on the way.

I am a highly educated person, with a lot of experience on the subject I work with, and if not other languages I confirm that I can speak my mother tongue, Macedonian perfectly, I do proofreading, I translate and write in Macedonian and/or English and I am fluent in Serbian/Croatian as well. “You can’t speak Slovenian well, you have an accent”, said Vladan with his Macedonian/ Serbian accent as well. “My wife speaks better than you”. Do you think I replied? I just nodded as that was the best way to communicate with him and avoid conflict. For the record, his wife spoke Macedonian with a southern accent that is to say. I didn’t hear her speaking any Slovenian at all.

Every day I had to deal with different kinds of insults and humiliation by Vladan, a court translator of all the above mentioned languages, who used two conjunctive adverbs wrongly  in every language he “spoke”, i.e. in Macedonian it was “ Go barav no, megjutoa, toj n emi se javi ”, in Serbian “ Tražio sam ga no, međutim on se nije javio” in English would be “ I called him but, but he didn’t answer “ and in Slovenian “ Klical sem ga ampak, vendar, se ni javil”. When he spoke he used strange word order of the sentences, a wrong one, and it was difficult to follow him or even understand what he wanted to say. His favourite word he used in every second sentence was “butasto”, “stupidly” in English. Besides all this, my job also involved staying in his office late, listening to him constantly complaining about the speed I am doing my job, making racist remarks for translators we contacted from other countries. (eg: a translator from Germany, this is Hitler’s friend ), etc.

He was never satisfied with my job, and I admit that I hadn’t done some of the tasks fast enough for him, although I was working day and at night at home, but his insults were unnecessary. From this point of view, I think I can understand why he insulted me. I was (and I still am) his competition.

He called me right after finishing our project. There was a mobile phone he gave me to use for the purposes of the job because I had to contact people abroad (he remembered to give be a business phone the last two days of the project, which by then I did it from my mobile phone which I paid myself). But, that obviously meant texting me 1 a.m. asking about the work.

Immediately after finishing the project he texted me: “I need the phone, you have to come here and give it to me. It’s urgent.”  I went there although I didn’t have time that day. I entered, there was a new student at the reception desk and a new “freelancer”, a new victim was sitting at his office, a young girl waiting for his instructions. Seeing that image, I feel apart again.

The next and last blow when I had to ask him several times to pay me. He was avoiding my calls and when he finally picked up he was complaining that our project was something new for him and he didn’t expect that it would be so expensive for him. He even tried to lie about our agreement for payment. Shortly, he tried everything to avoid payment and to scare me. “Whatever”, I replied. “I know the agreement, I know how much I worked, I have witnesses, I have the emails. If you don’t want to pay me, well then that’s something else.” He paid me the next day.

I often wonder if Vladan knew what he was doing, I wonder if he ever thinks what he is doing to most people, to students and other victims like me. I wonder if he would allow his wife to be treated that way, or his sons when they grow up. Maybe I am the only one who wonders; he might as well be sleeping very well at night and still thinking he’s the perfect businessman. I don’t wish he would go out of business, mainly because of the few people he employed there and although very rude to me, they were hard workers and have families and they don’t deserve that. Also my intention was not to be pitied or judged by you. I wrote this article because I think we need to speak the truth and to depict the things as they are, as this is the only way to change them. 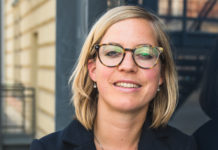 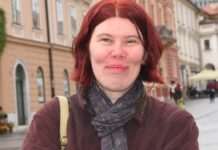 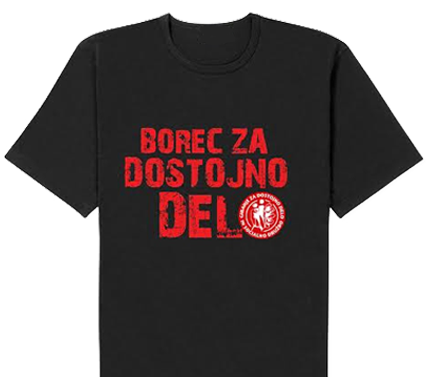